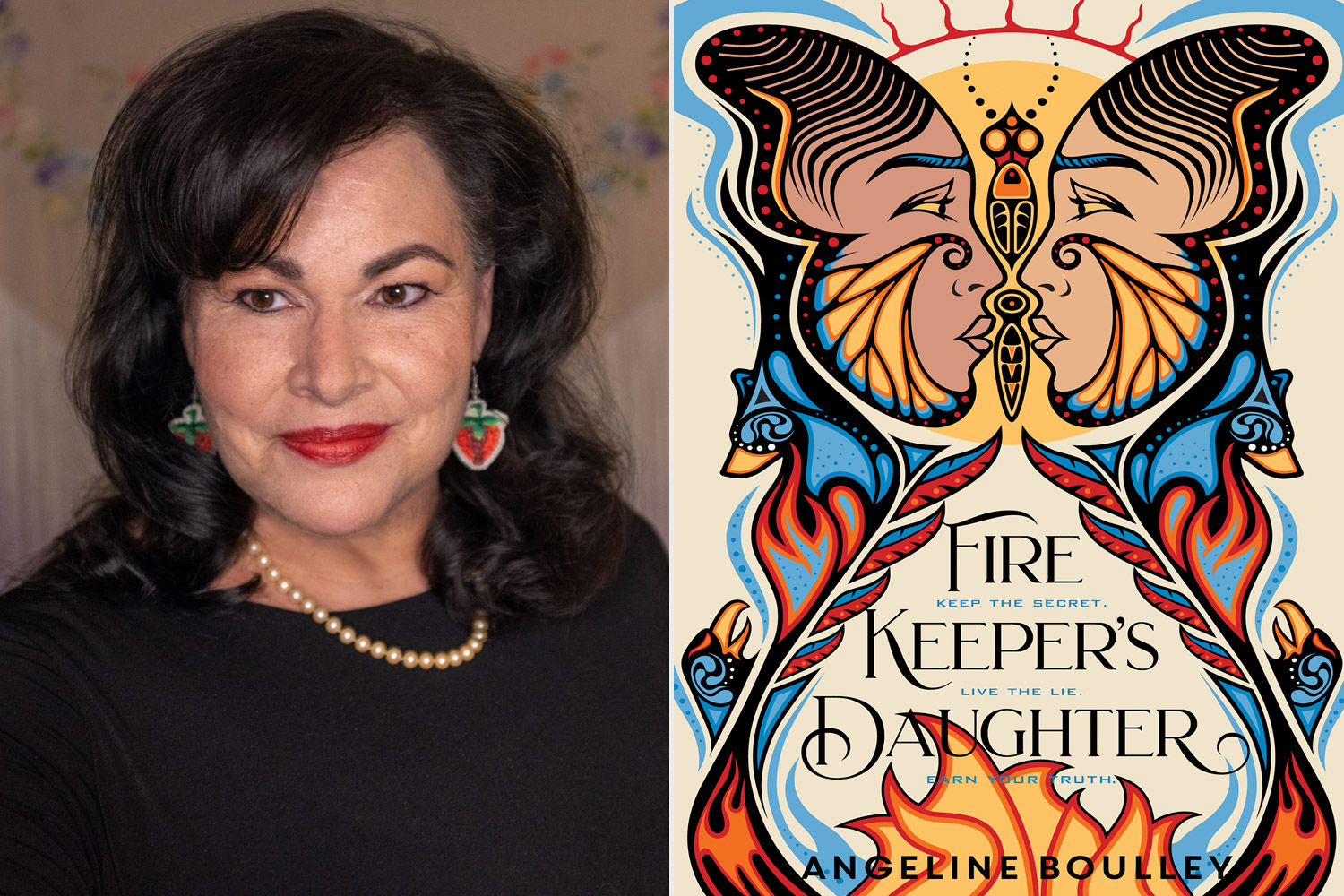 Angeline Boulley’s debut novel, Firekeeper’s Daughter, has not gone unnoticed. Already a Printz Award winner, Morris Award winner, Walter Award winner, and winner of the American Youth Literature Award (not to mention a young adult pick for Reese Witherspoon’s book club), the novel will also be made into a television series under the Obamas’ production company. Boulley is a member of the Sault Ste. Marie Tribe of Chippewa Indians. Like the book’s protagonist, she is from Sugar Island, between Michigan’s Upper Peninsula and Canada. Before becoming a full-time author, Boulley worked in Indian education at the Tribal, state, and national levels. Most recently, she served as Director for the Office of Indian Education (OIE), part of the U.S. Department of Education.

Before the book was published and the accolades had come pouring in, I added Firekeeper’s Daughter to my summer reading list based only on the stunning cover art, created in partnership with Ojibwe artist Moses Lunham, and the short but intriguing summary. I love reading fiction and I read a lot of it. Unfortunately, I’ve never read a fiction book with a Native protagonist written by a Native author, and I was more than ready to change that.

With an 18-year-old protagonist, Firekeeper’s Daughter may be classified as a young adult novel but the themes of the book are mature and complex. The main character, Daunis Fontaine, has already experienced loss when we meet her. As a biracial young woman, Daunis struggles to find her place between two worlds – that of her French Canadian mother and her Ojibwe father. When drug trafficking in her town of Sault Ste. Marie, Michigan leads to tragedy, Daunis is torn between loyalty to the ones she loves and an obligation to root out the secrets and lies causing harm in her community. Though the book starts out a little slow in setting the stage for readers, it quickly becomes a page-turner. Like any good murder mystery, Daunis’ story is full of twists and turns.

As she uncovers the mystery, Daunis grapples with a system that has time and again failed to protect Native women and youth; Tribal resources are spread thin and federal involvement is either intrusive or indifferent. Because of conflict between her two families, Daunis is not an enrolled Tribal member, despite being brought up within her Ojibwe community. Daunis questions what it means to be Anishinaabe (the Ojibwe word for Native), exploring how her identity is shaped by her connections with others – for better or for worse.

The book organically shares Ojibwe culture and language with its non-Native readers and sparked my curiosity to learn more about the real Sault Ste. Marie Tribe of Chippewa Indians that Daunis’ story is based on. The author uses Anishinaabemowin (Ojibwe language) throughout the book, and though she gives context clues to help outsiders follow the dialogue, she doesn’t hold your hand. It was a good reminder that for once, I am not the intended audience for this story, though I certainly benefited from reading it.

As a White person, I never had trouble finding books in my teens and twenties that reflected my experience. Those books helped me process my own coming of age and became a part of my developing identity and values. Their protagonists gave me the strength to work through challenges and better understand the world around me. All young people deserve that opportunity. I am encouraged to see mainstream publishers support the work of Native writers, whose books can reflect and develop the values of young adults from Native backgrounds and communities.